A few simple reasons attribute to the swing in our deck industry. First, most people now seek a screened porch or covered deck because of their lifestyle. People are spending more time outside, per day and days per year. Aside from the apparent precipitation cover, a covered deck also protects from the sun's harmful UV rays. In addition, most new subdivisions develop in areas with little or no mature trees, perpetuating the need for a deck covering. Finally, a screened porch also provides additional guarding against pesky and harmful insects. Everyone knows about mosquitos' terrible diseases, and we've also heard numerous complaints about oak mites in the last few years. That's not to mention all the other flying and crawly critters, with which many people don't care to share their outdoor space.

The innovative products readily poured into the deck industry also play a role in the popularity of covered decks and screened porches throughout Kansas City. For example, screen systems are easier to install and more durable than a decade ago. These improvements make them more likely for deck builders to sell. In addition, the fear of callbacks is a thing of the past. ScreenEze is the system DW Elite Decks installs on all its screened porches. We've had zero issues with its performance and absolutely no callbacks.

Better railing systems are also a big reason for increased screened porches. Today's powder-coated railings are easy to install. They are also thinner and much more transparent than the dated wood members with aluminum balusters. Westbury, Fortress, and Deckorators ALX Contemporary are some powder-coated aluminum railings that go great around a screened porch's perimeter. In addition, they avoid the hassle of maintaining a wood railing in front of a screen.

Aside from the development in deck components, there have also been many advances in some compatible amenities. Such features make a screened porch or covered deck more comfortable and functional throughout the year. Today's gas fireplaces are more energy-efficient, compact, and produce higher BTUs than older versions. Some models are even "self-venting," meaning they don't need to be vented out the back or through a chimney flue. Majestic and Napoleon are two brands we commonly install. Both companies have many different sizes and styles to fit your objectives.

An alternative to a fireplace, infrared heaters are also a tasteful option for an outside heat source. Most brands design sleeker, more stylish, and smaller fixtures that go well with today's deck schemes. There are no more bulky, industrial-type heaters that you commonly see in commercial applications.

Pull-down window shades have more than one function. Some block the sun's damaging UV rays and brutal summer Western heat. Other people utilize them to trap heat generated from a fireplace or heater. And nearly everyone who has them also appreciates the privacy they create from a neighbor in "too close" proximity. Hunter Douglas makes a great outdoor blind offered in many colors and styles. They're custom-made to fit any window width and height. They're secure by thin cables on each side (mounted top & bottom) to prevent the wind from having its way.

Whether you're considering a screened porch or covered deck, return on investment is far more favorable than years passed. A better investment is the main reason for their rise in popularity in Kansas City. We feel this trend is here to stay for many years to come. 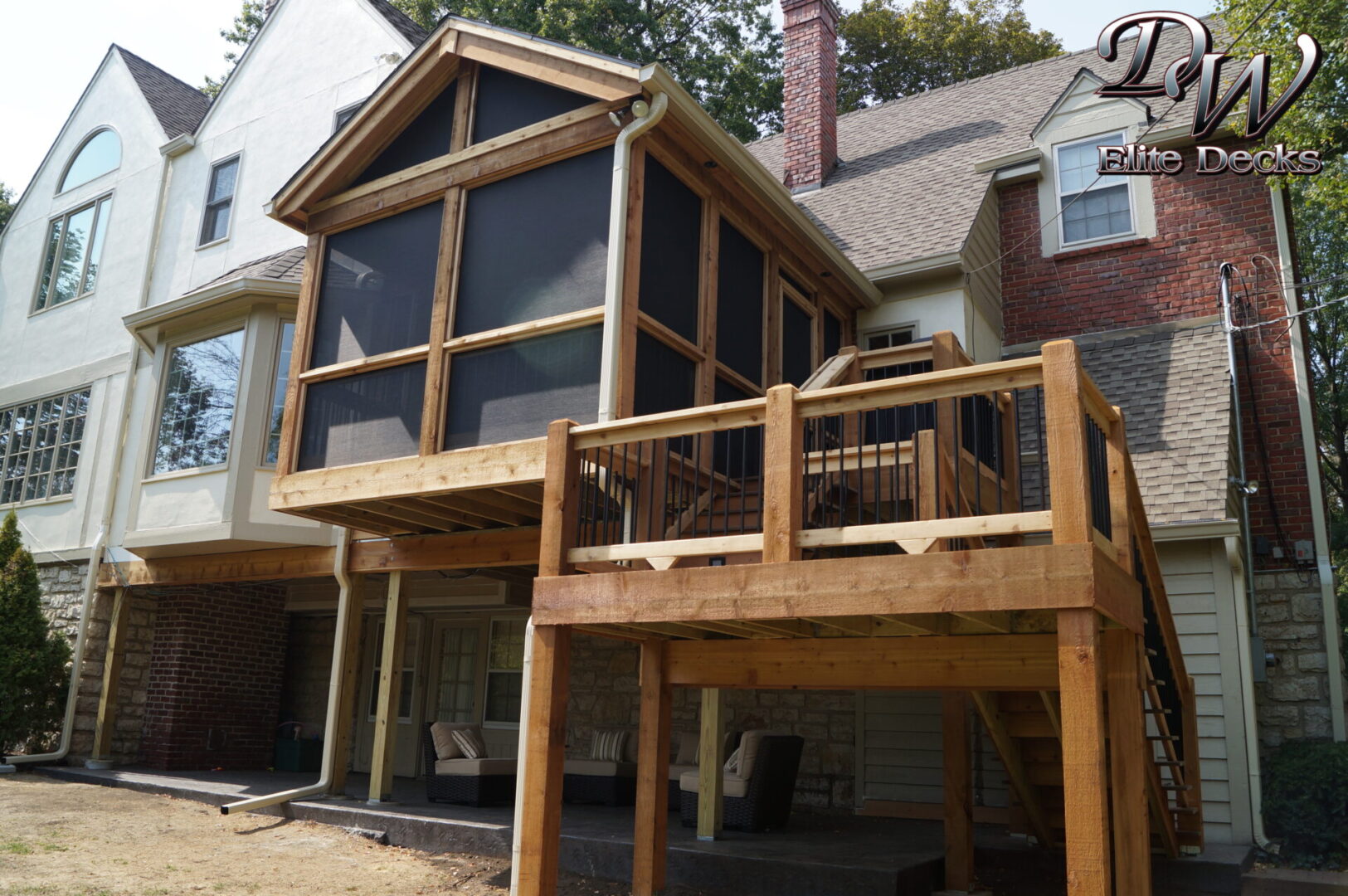 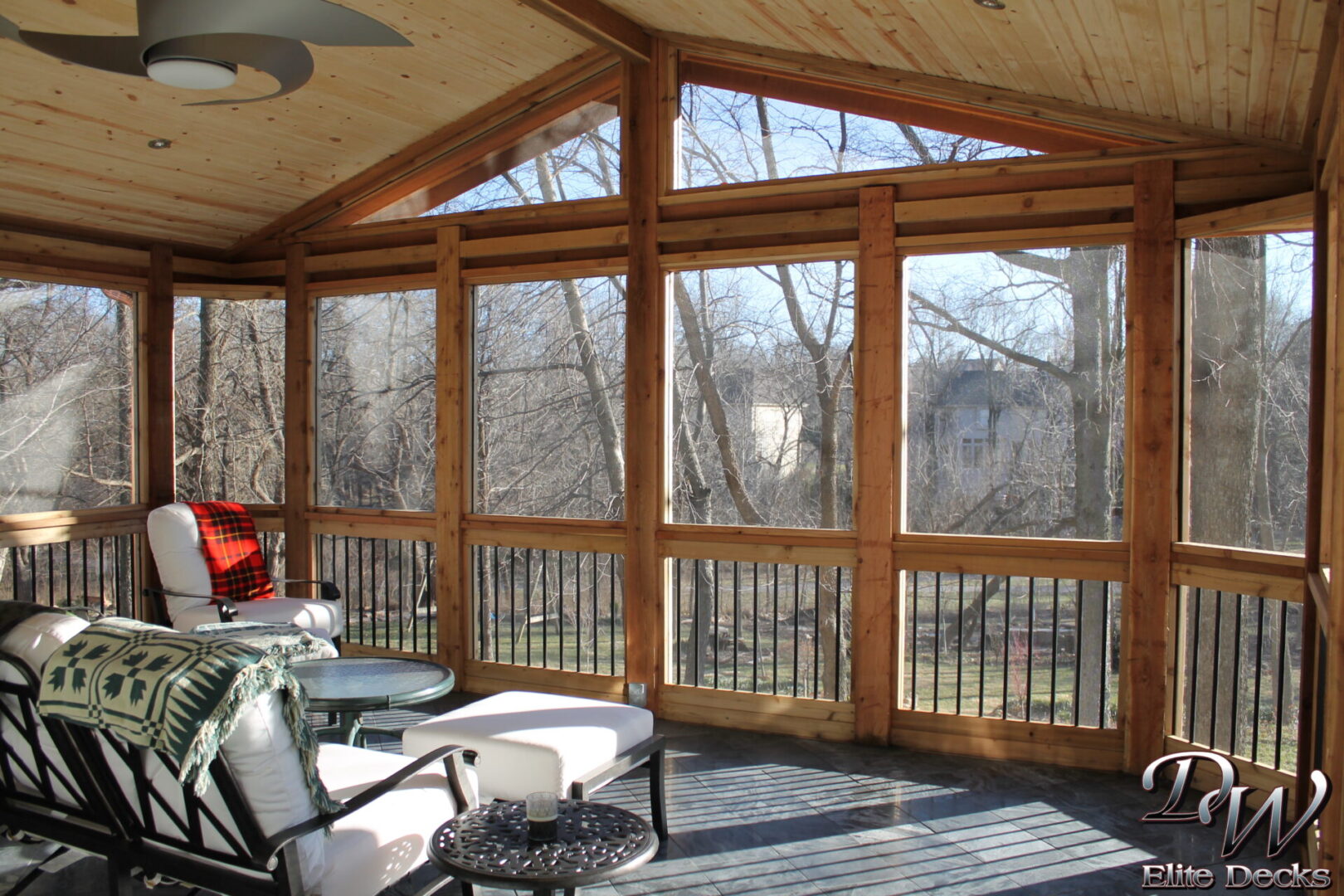 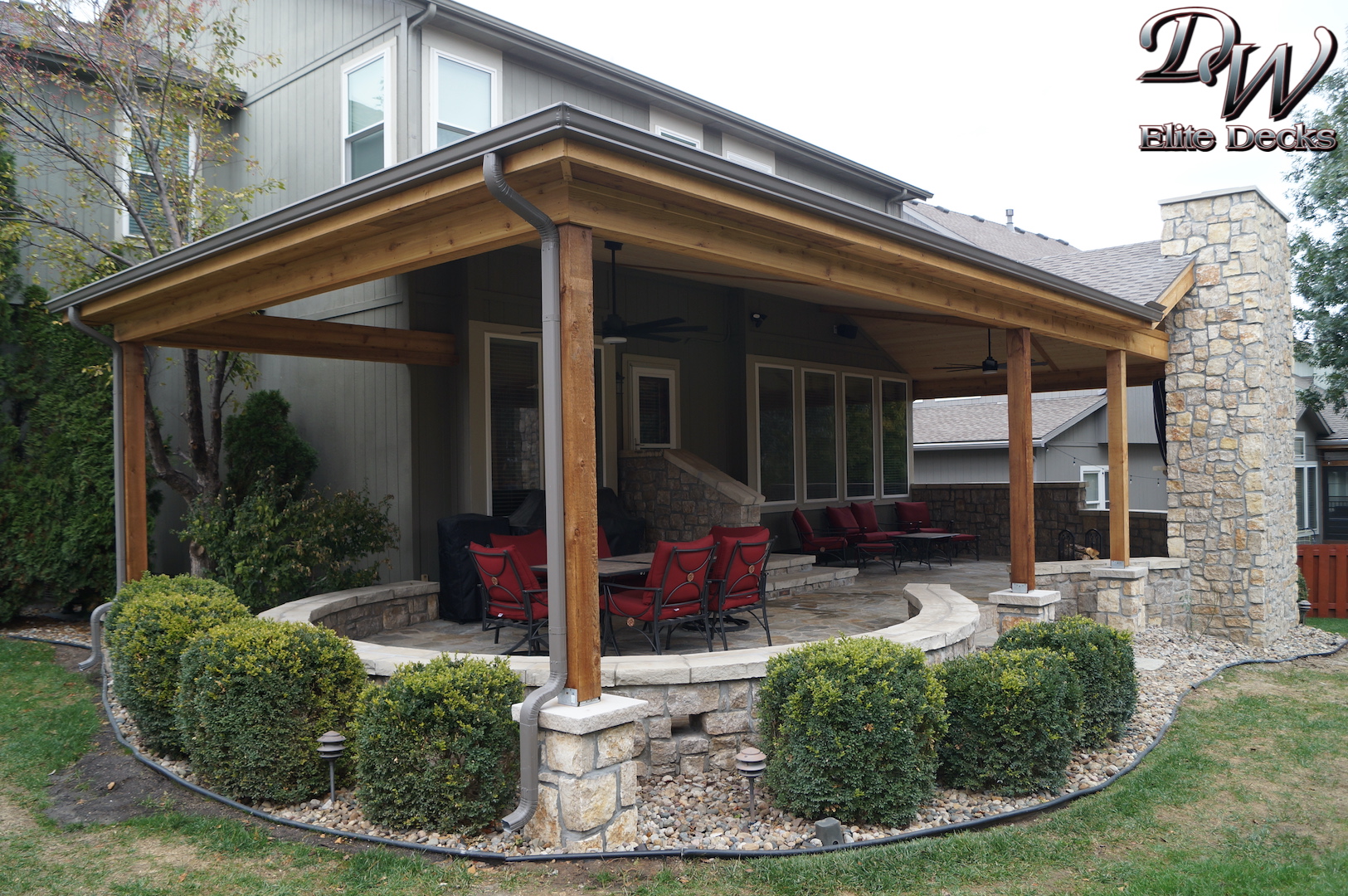 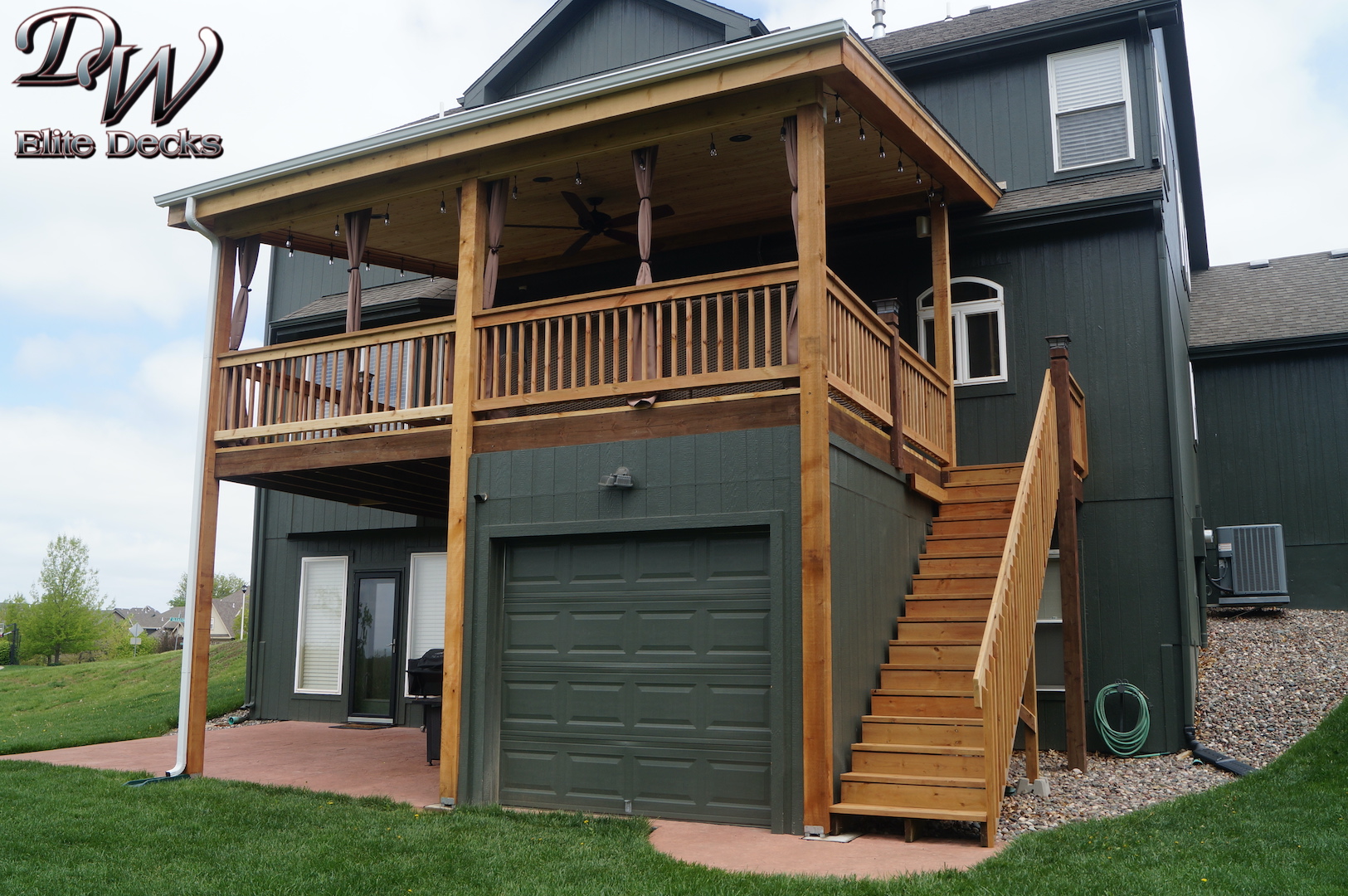 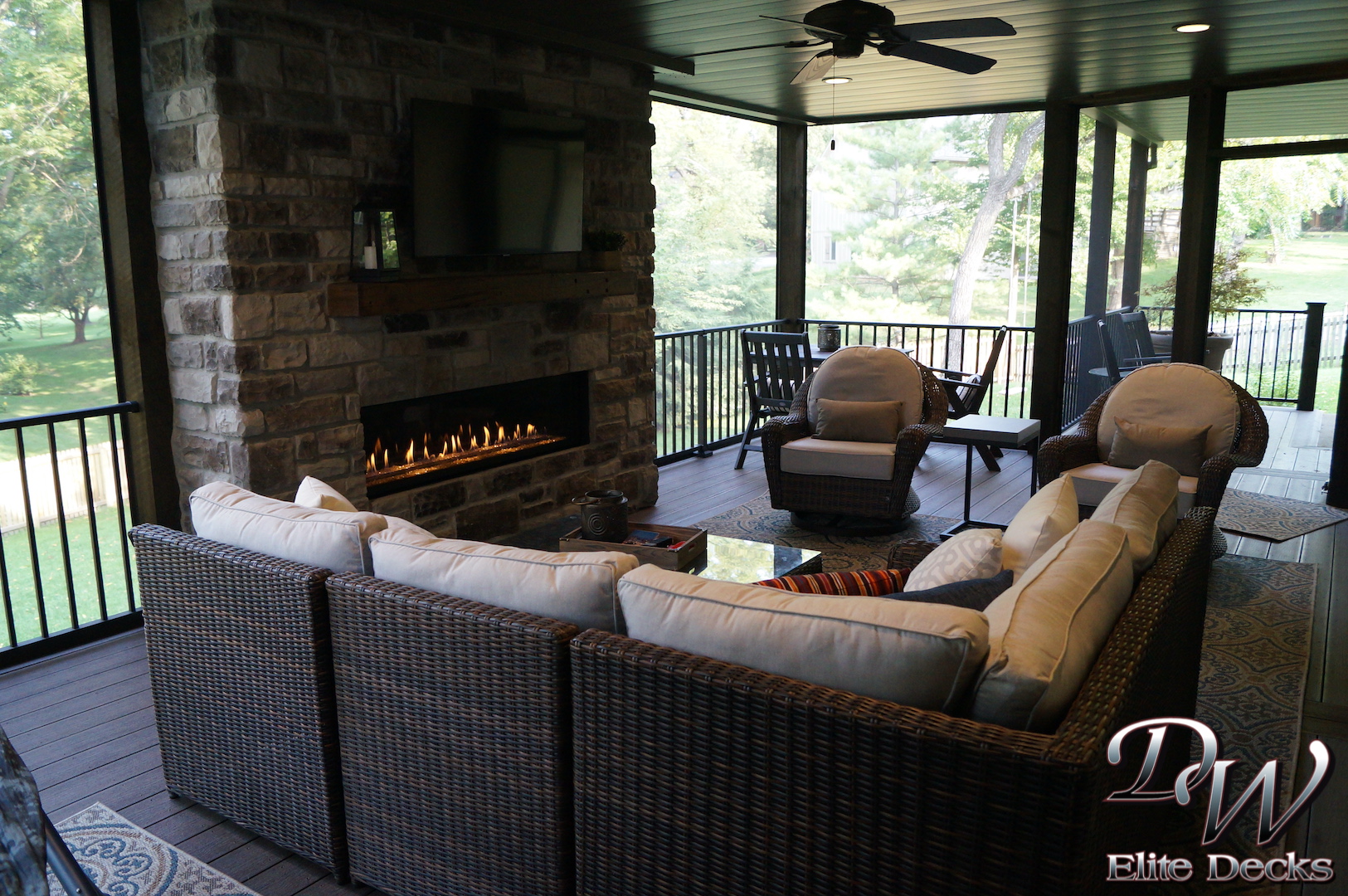 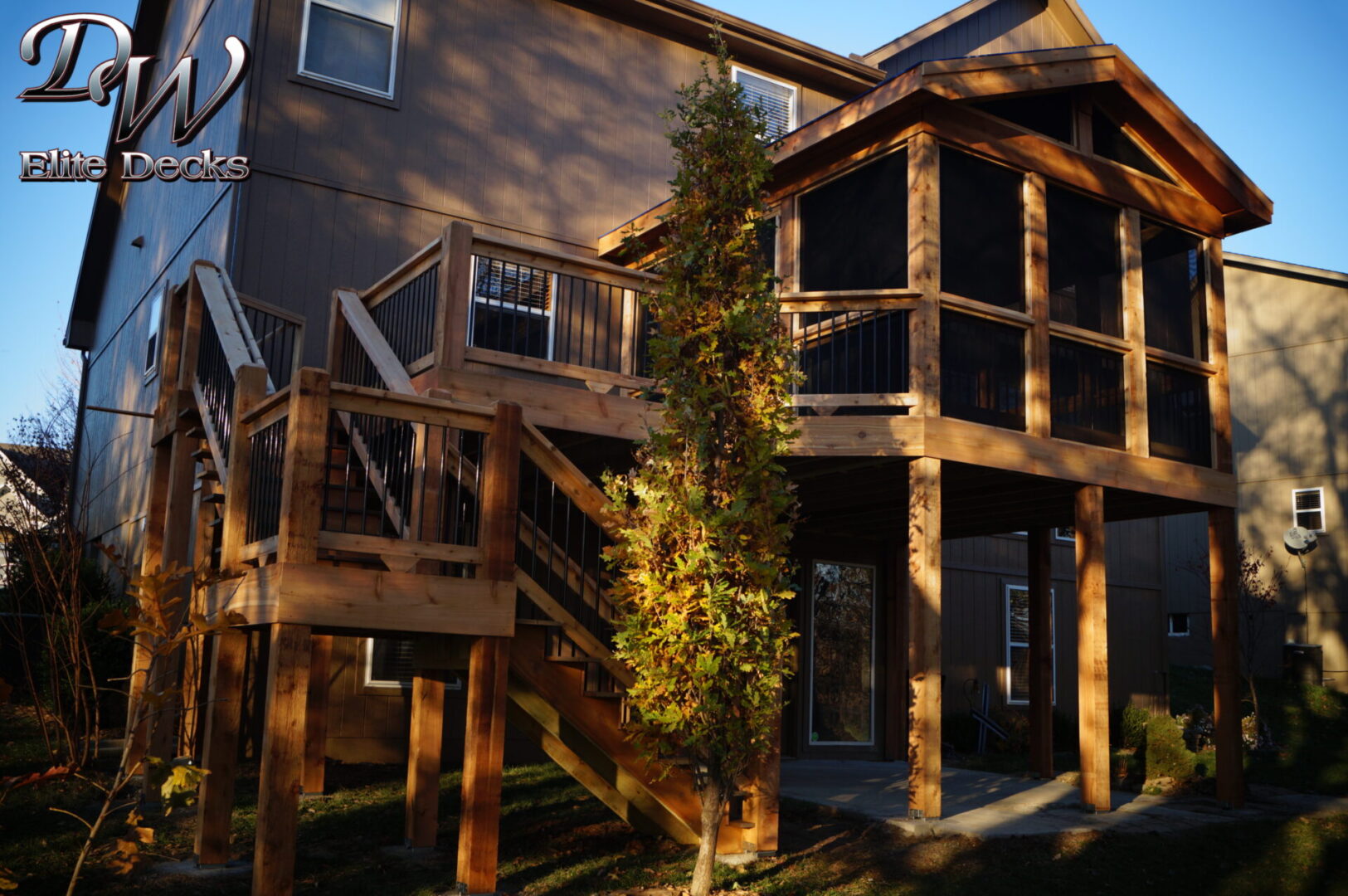